All about Dragon War’s Mainnet

Dragon War is the Turn-Based Strategy Game based on Blockchain technology. In this game, you can Buy Heroes, Summon Dragon to form a team to battle with an NPC in PVE Function or another player in PVP Functions. You can earn token rewards from various activities in-game, and with the Marketplace, users can trade their NFTs with another user to get the token benefit.

Step 3: Put in the password of your wallet system to approve the connection between Dragon War with the wallet system.

Step 5: After filling out all the essential information (account, password, email), the Dragon War Team sends you a verifying email to confirm your identity. Be sure to check the mail at your mailbox

2. How to buy Hero, Dragon, Chest on Marketplace

Step 1: Go to https://marketplace.dragonwar.io/shop to recruit 1 Hero with 1440 DRAW and you will be rewared 1 Dragon whose rarity is Common to Rare. Heroes are a must-have NFT from the beginning as they will lead dragon troops to fight. Each of hero’s role will have their own advantages:

Step 2: Go to Shop to pick your section to purchase other things. Remember to prepare enough DRAW to purchase anything you want

We recommend Heroes to purchase the Genesis Chest, which holds 5 dragons with at least 1 Rare Dragon. With this Chest, your troops are imperishable and substantial. 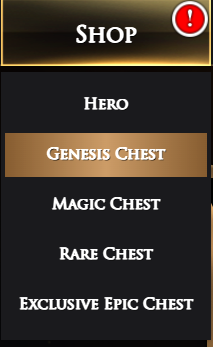 Step 3: All your Dragons, Heroes, Chests will be available in the Inventory. 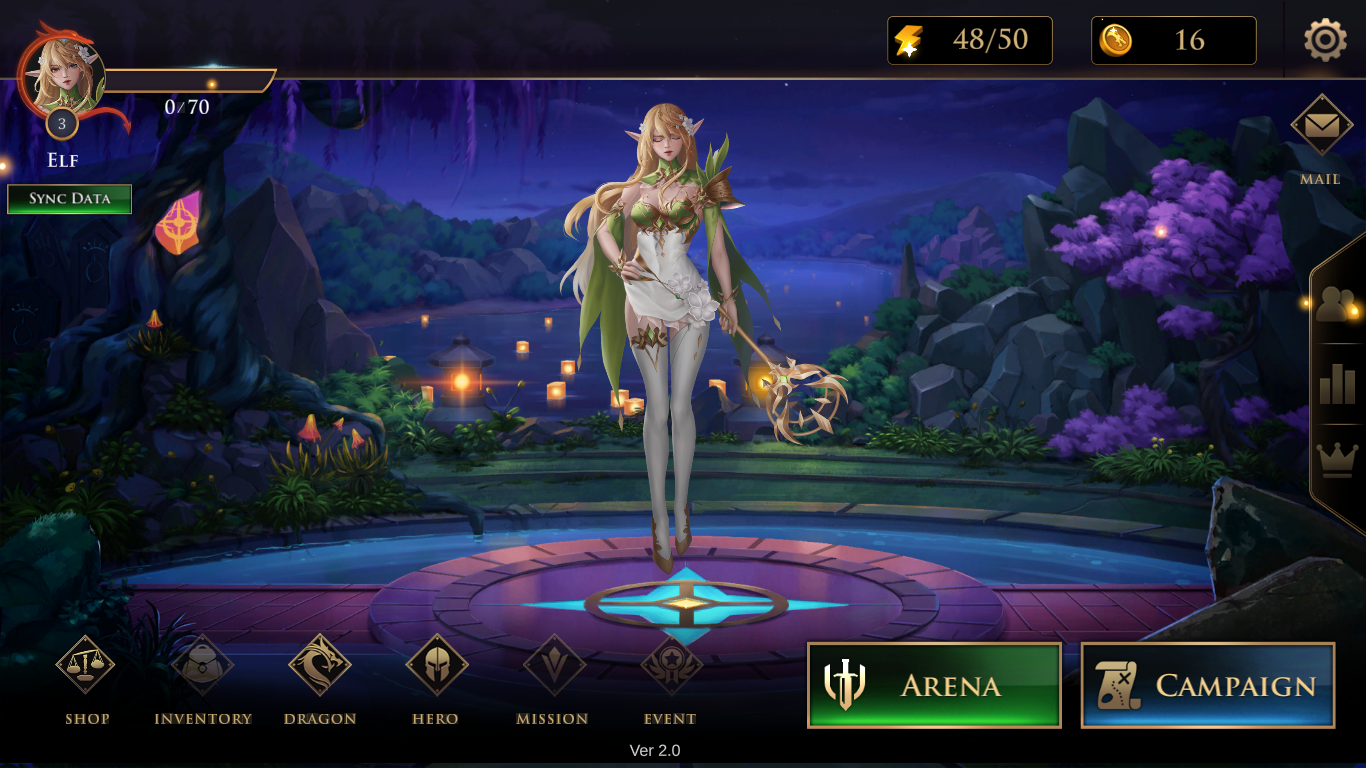 Step 2: Every hero has 50 stamina in one day. As you win, you lose -5 stamina. As you lose, they take away -1 stamina. The stamina regains +1 after 30 minutes and +50 on the next day. At present, Heroes don’t have the ability to buy or trade stamina.

Go to Campaign Mode to start your first journey with Dragon War. Heroes go to Void Land, then select the first map and choose 1-1.

Step 3: Prepare your Dragons and align them in the right position 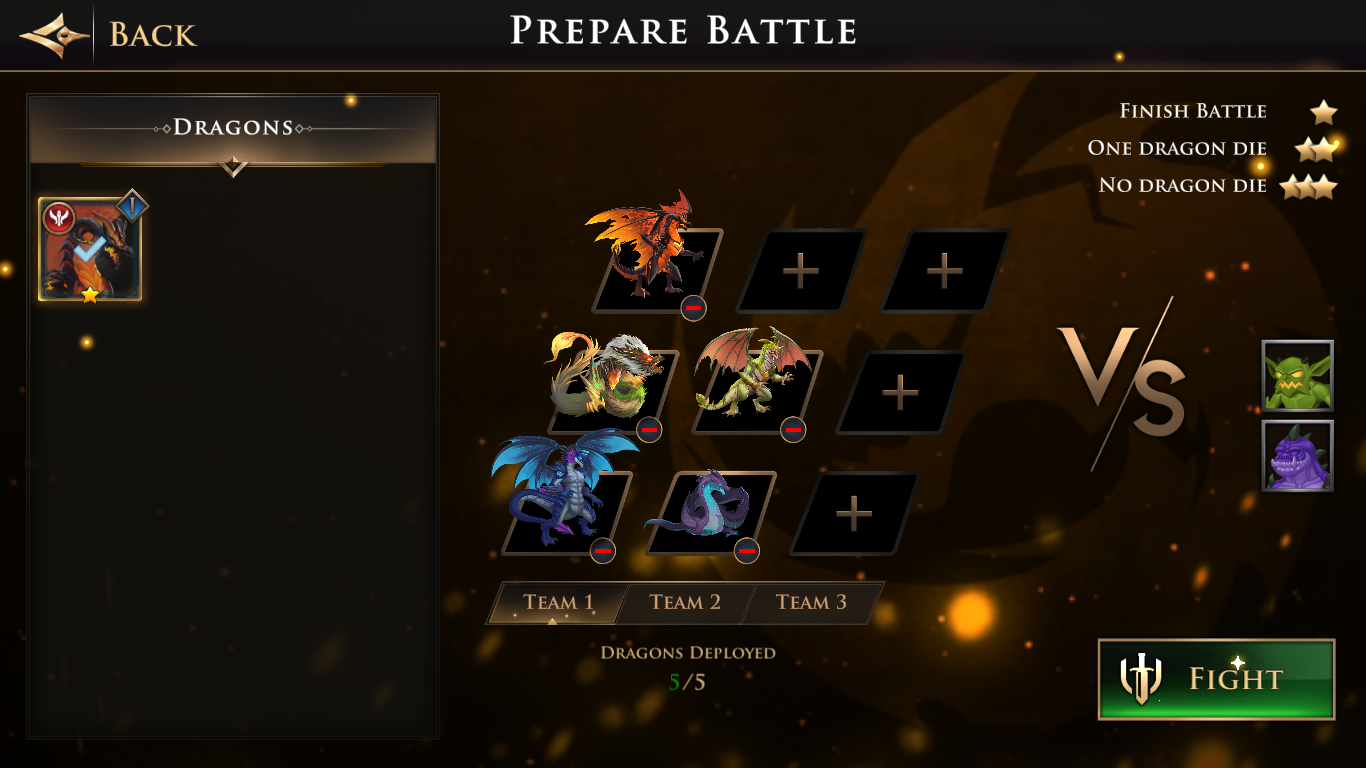 Step 4: Now you have the ability to fight against the enemies. You can activate the x2 button to end the battle quickly or just simply click Skip. 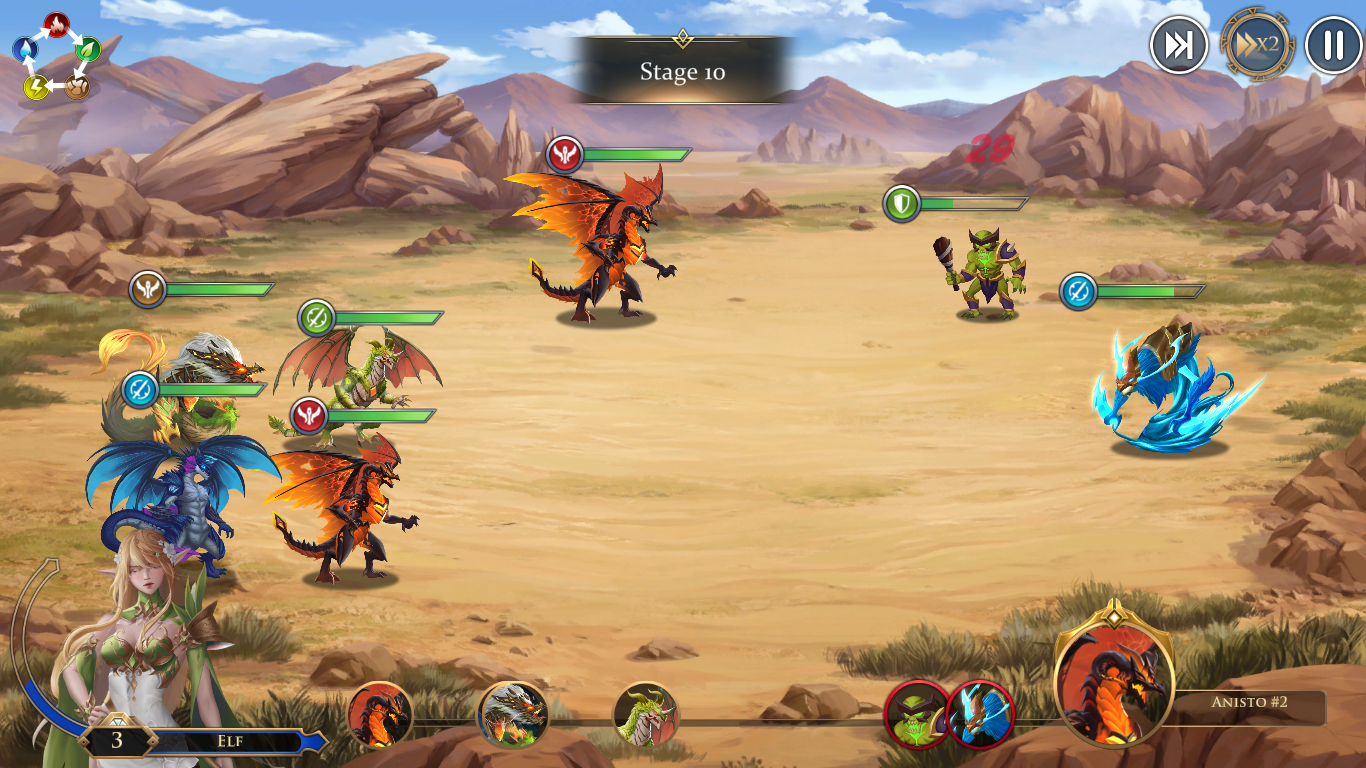 Step 5: As you win, the reward is EXP (experience point), star opening the Chest and DRAW. 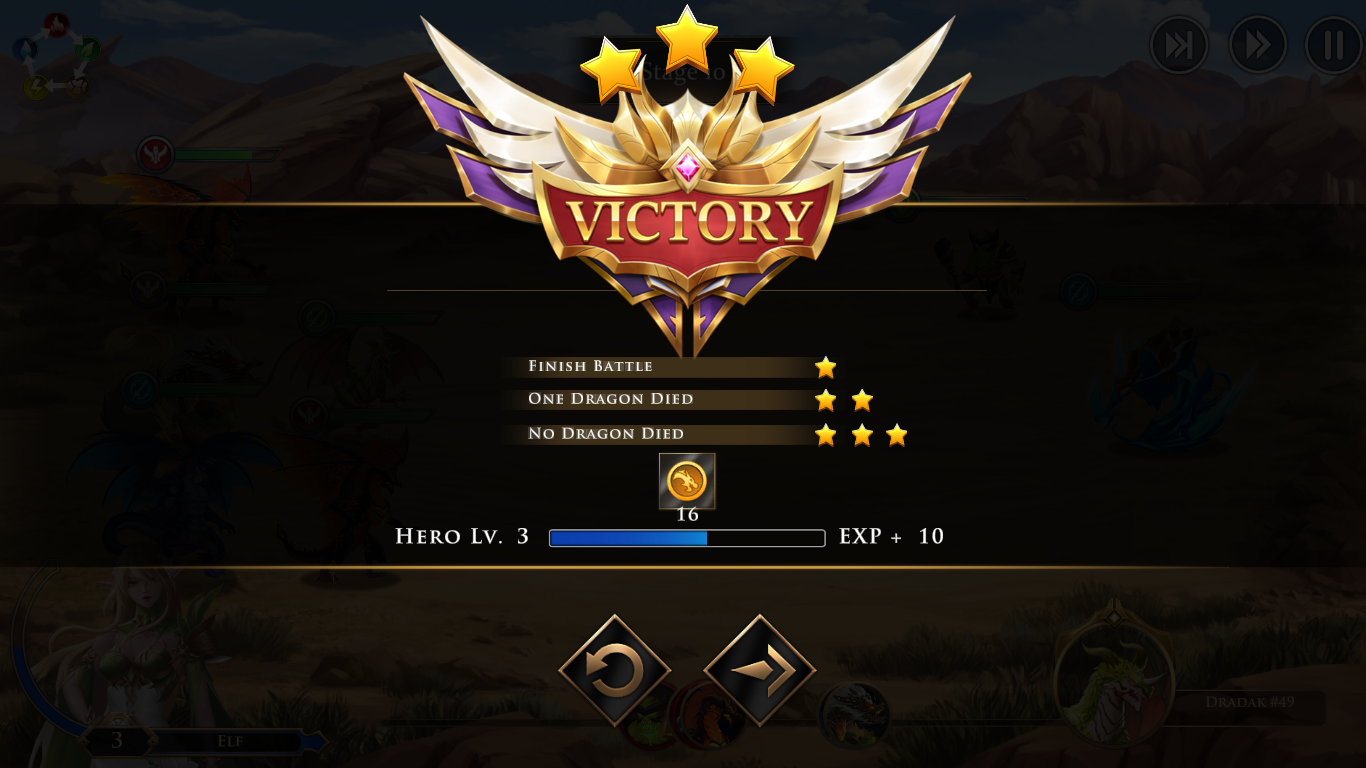 In one battle, stars play a role as collectible for unlocking the random chest. Based on Dragon War’s algorithm, it will reward randomly between Dragons, Skills or DRAW. The number of stars depends on the life of the Dragon on the field.

EXP will be used for upgrading your Hero’s skill and the ability of troops. 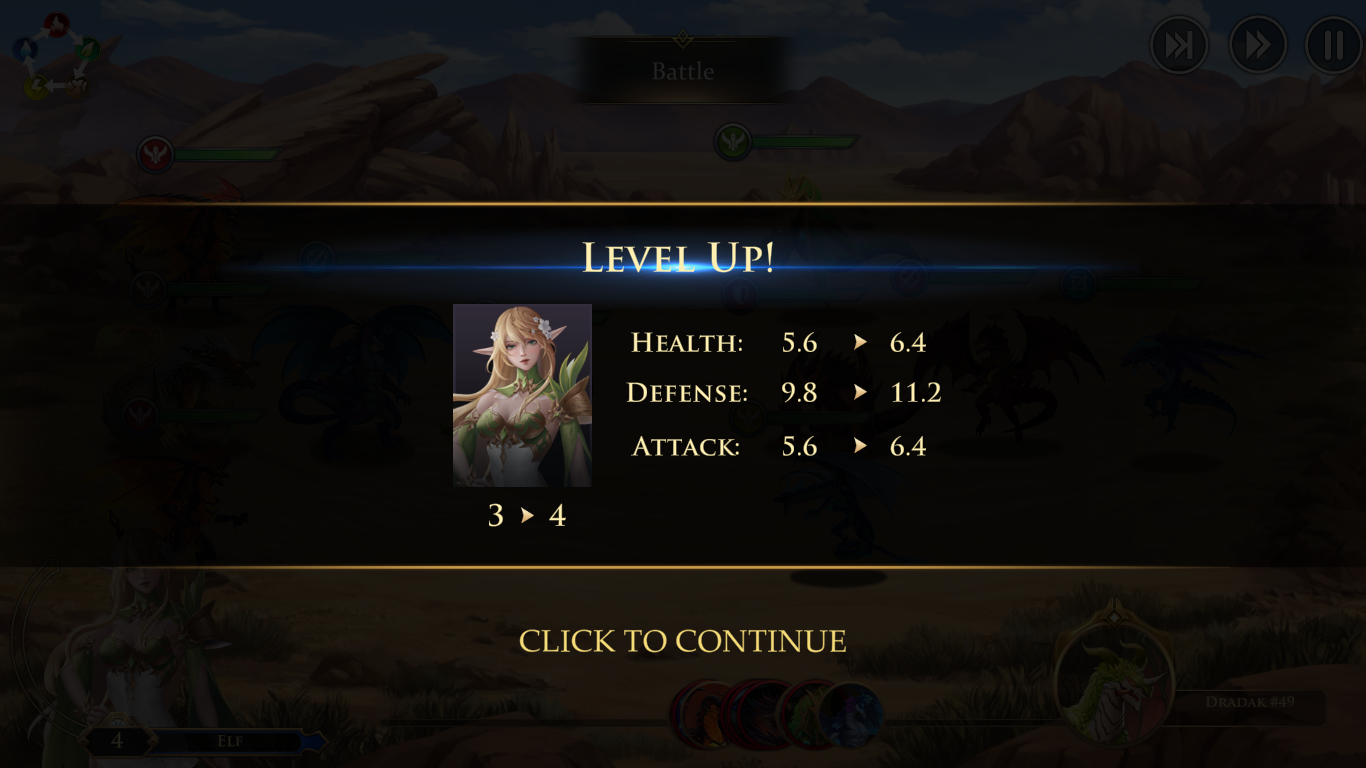 Step 2: Once you enter the arena, this screen will appear. Everyday, each user has 10 tickets. One battle cost 1 ticket. If you run out your tickets, please wait until tomorrow for more. Go to the green button with 2 crossed swords for fighting. 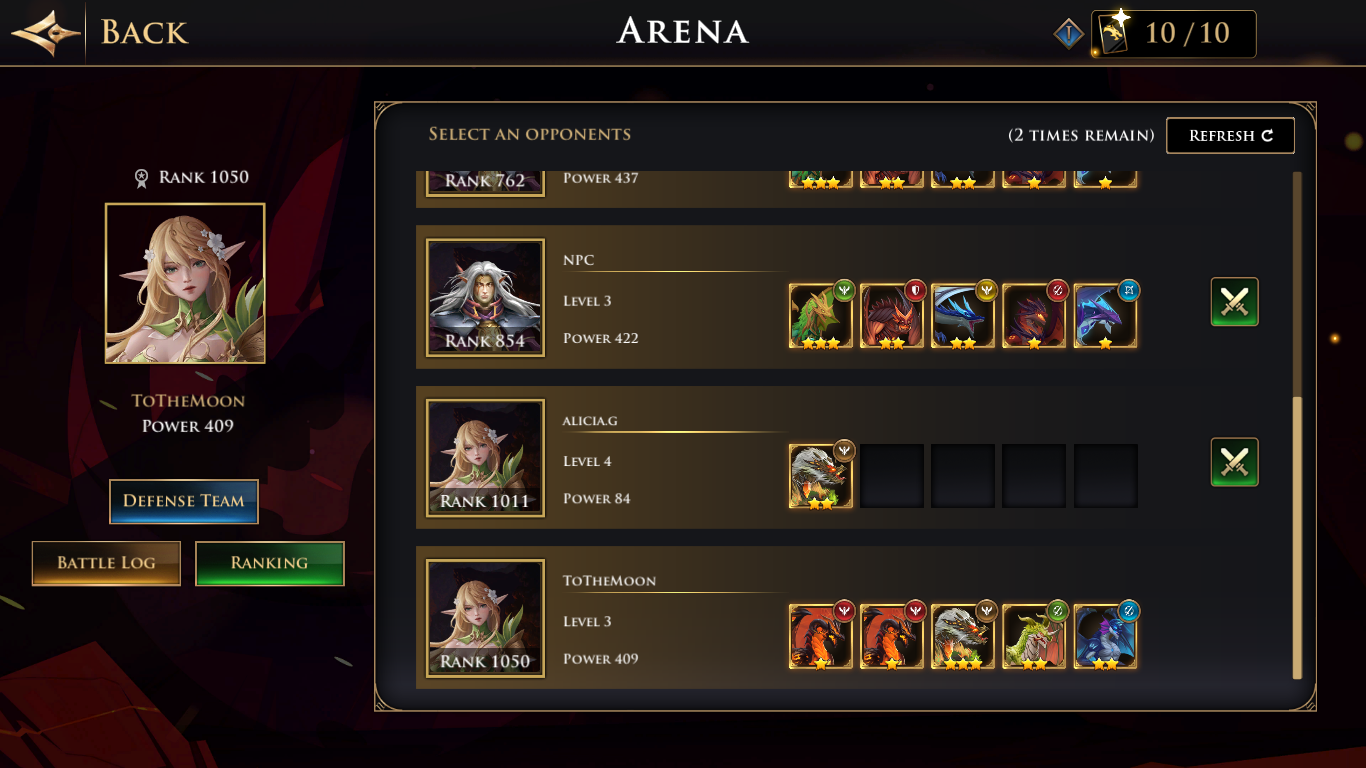 Step 3: Like PVE, you have to prepare and align your dragon’s troops to fight. On the right screen you are able to know the opponent’s dragons. Choose Fight on the right corner. 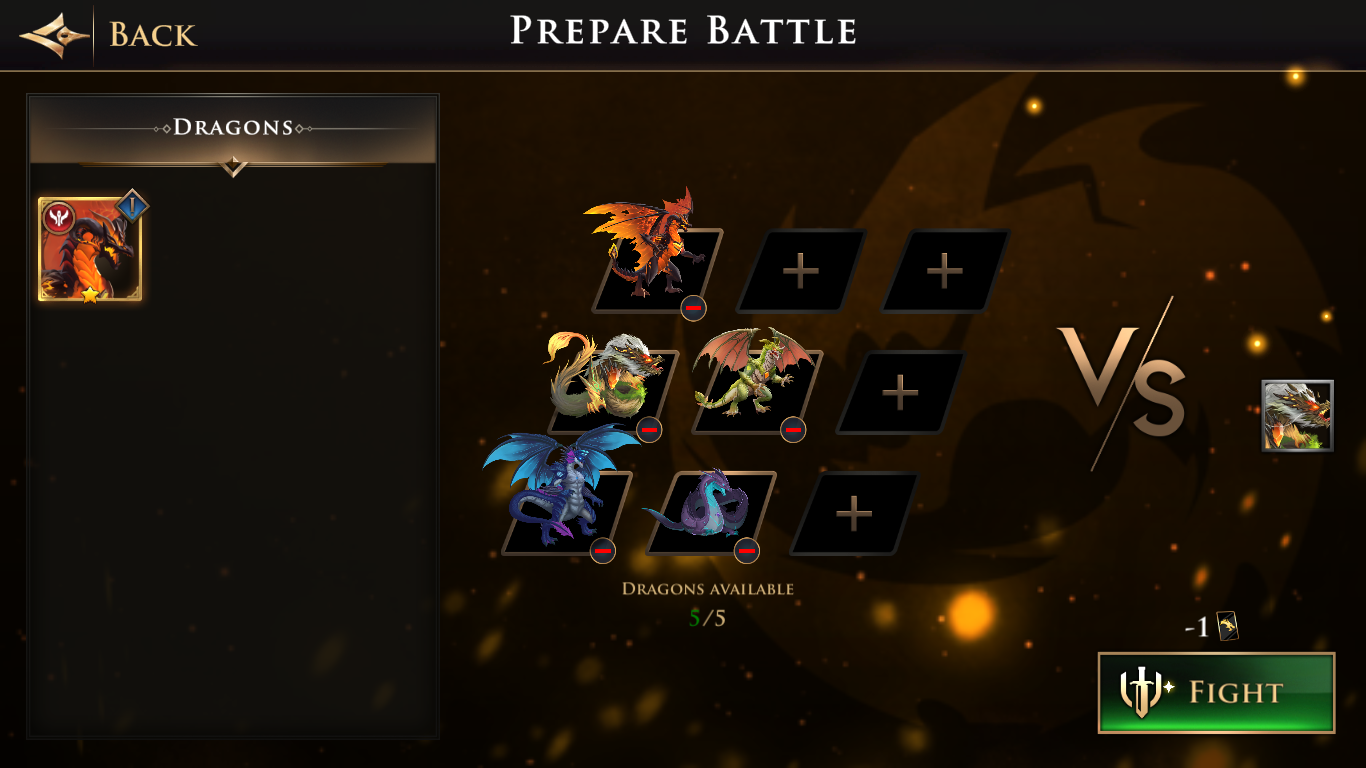 Step 4: Choose x2 or simply just enjoy the fight. Once you win, the opponent’s rank will be yours. Rewards in this battle are EXP, rank, and DRAW (obtained through mail on the next day). Based on your rank, you will receive these amount of DRAW below: 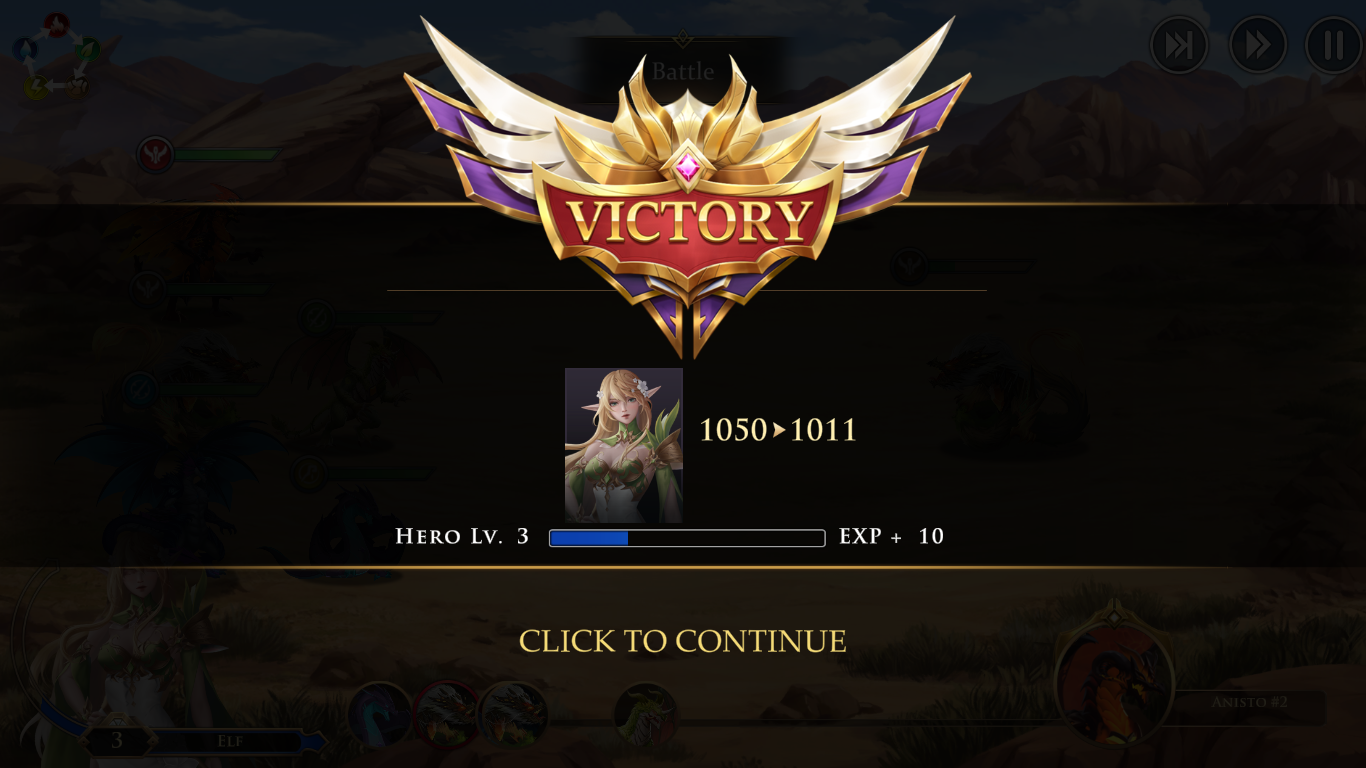 Step 5: Go to the Battle Log to see your fighting record. 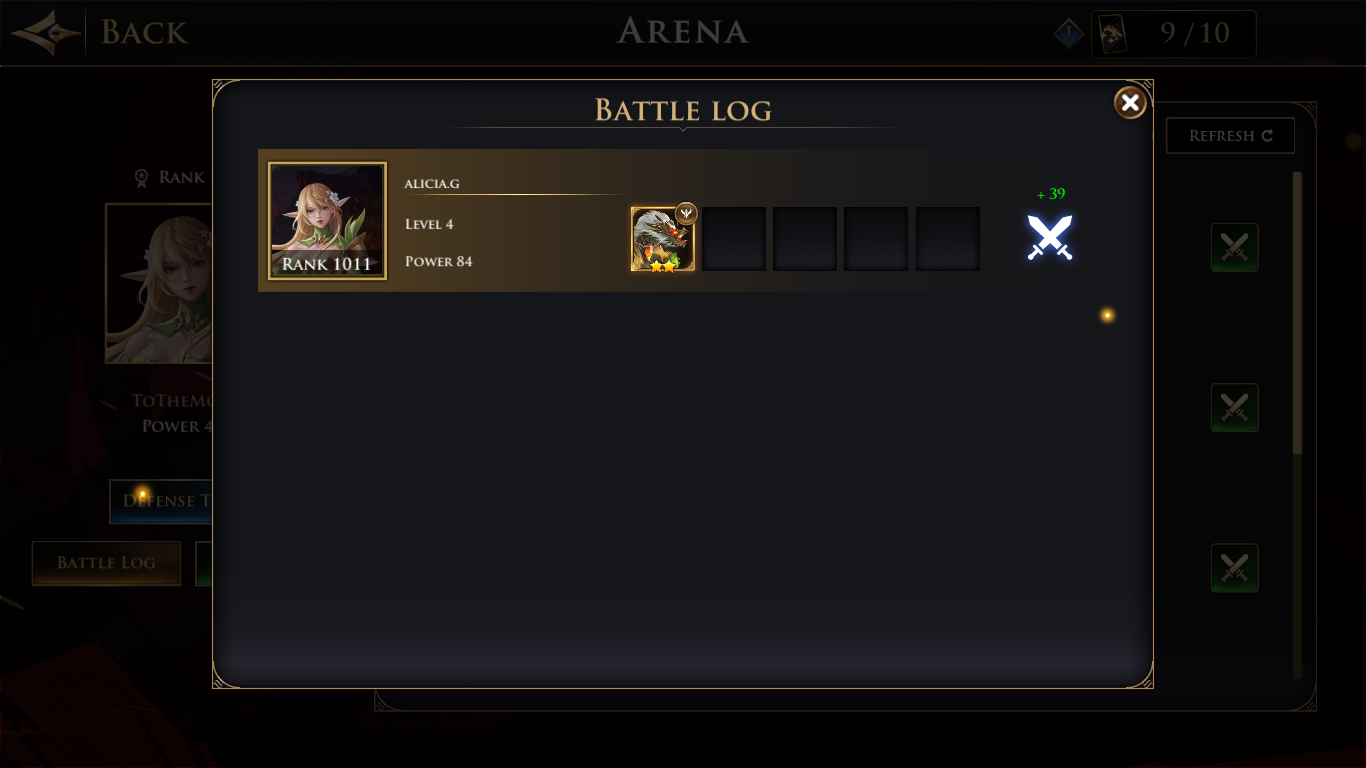 There are more you need to know. While you’re away or not joining any battle, you need to align your Defense Team cause the other opponents can reach to compete with you. Bring on the best Defense Team in order not to lose your rank. 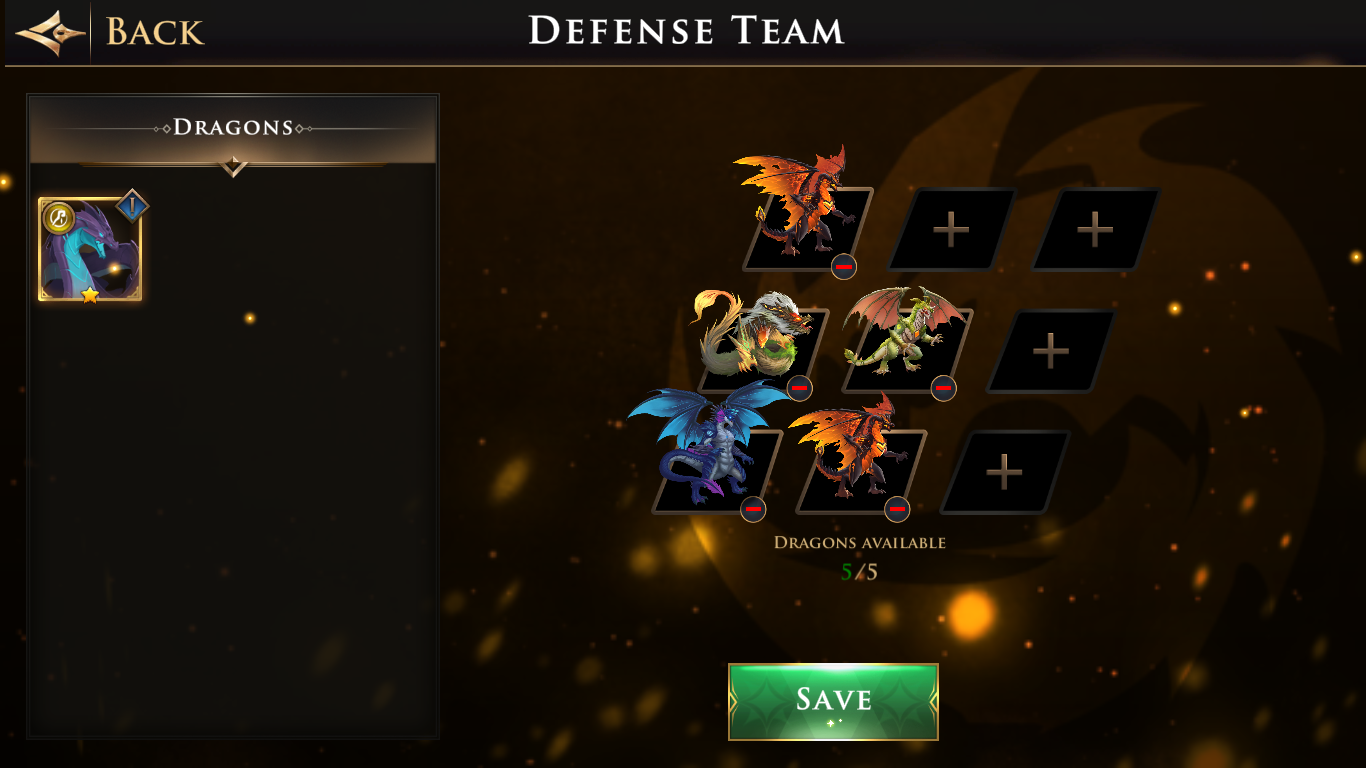 1. Why not let Level 1 enter the Arena from the beginning ?
We want you to build your strong and sustainable fighting troops first before entering the Arena. We believe that after reaching the Lv3, Heroes have enough EXP and dragons are upgraded or increased.

2. Can’t I play the game without spending ?
Buying a Hero is necessary because without Hero, there won’t be any fight. You don’t have to spend more to purchase Dragons. Once you buy Hero, you are rewarded a Chest holding 1 dragon. However, if you want to go further, you have to upgrade and buy more Dragons.

3. What is the point of buying Heroes?
Heroes play an important role in leading your dragon’s troops. They will support Attack, Defense, Health based on their unique characteristics. The dragons can go into the battle without their hero.

4. Is chest important?
If you want to fight, there are two requirements: Heroes and Dragons. Dragons come from Chest. So if you don’t buy a chest, you won’t have any dragons.

We’re going to update more news information in the near future. The Dragon War Team hopes that our Heroes will enjoy the Mainnet version. If you have any questions or confusion, feel free to ask us to one of these official channels.